There’s not much more you could need from a cocktail bar, stylish, sophisticated, cool, unique with a great atmosphere and in the heart of Dublin cities nightspots & shopping district.

Zozimus is on the ground floor of Centenary house, Anne’s Lane in Dublin, where its famous umbrella’s structure perfectly captures the vibrant and artistic spirit of the area. 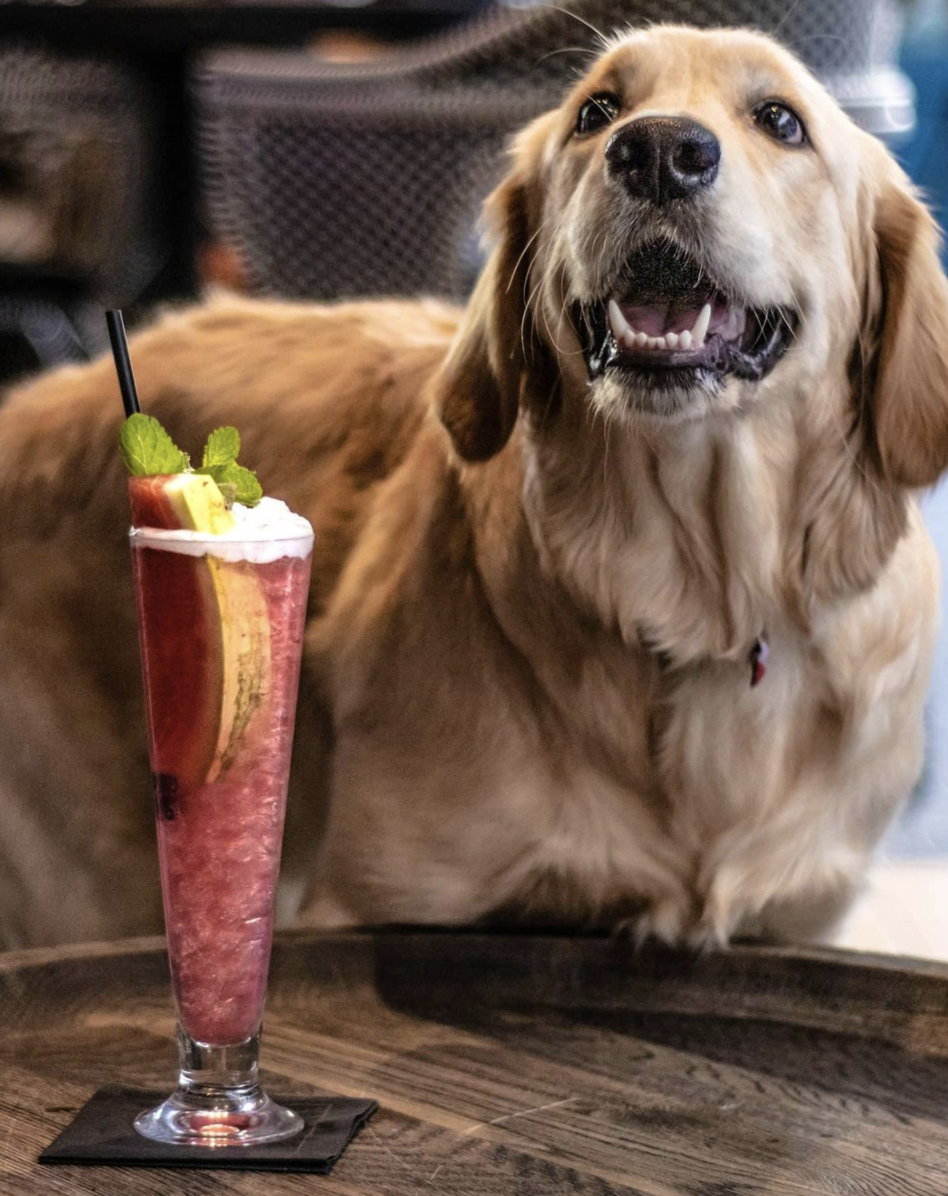 Our bar got its name from, Michael J Moran (c. 1794 – 3 April 1846), popularly known as Zozimus. He was an Irish street rhymer,  a resident of Dublin who was also known as the “Blind Bard of the Liberties” and the “Last of the Gleemen”.

At two weeks old he was blinded by illness. He developed an astounding memory for verse and made his living reciting poems, many of which he had composed himself, in his own lively style.

Many of his rhymes had religious themes, others were political and recounted current events. He is said to have worn “a long, coarse, dark, frieze coat with a cape, the lower parts of the skirts being scalloped, an old soft, greasy, brown beaver hat, corduroy trousers and Francis Street brogues, and he carried a long blackthorn stick secured to his wrist with a strap.”

He performed all over Dublin including at Essex Bridge, Wood Quay, Church Street, Dame Street, Capel Street, Sackville Street, Grafton Street, Henry Street, and Conciliation Hall. He began each oration with the verse:

Michael died on 3 April 1846 at his lodgings in 15 Patrick Street, aged around 52, and was was buried in Glasnevin’s Prospect Cemetery which was guarded day and night. His grave remained unmarked until the late 1960s, when the band The Dublin City Ramblers erected a tombstone in his memory. 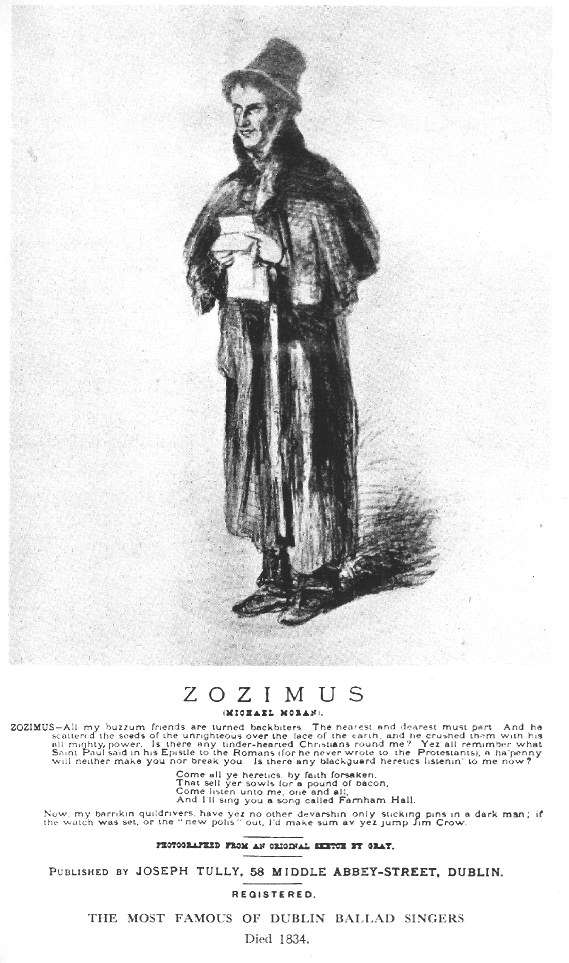 ”It is a cocktail bar located on Annes Lane, right under the famous colorful umbrellas in Dublin city center. It’s worth knowing. Really cozy place, public in the age group from 30 to 40 years old, and lots of beautiful people. The price is fair (compared to the average Dublin city centre price), excellent service and they make nice and creative drinks. It’s a Great place to chat with friends and meet interesting people.

”Great experience in Zozimuz. The food was excellent, the staff were very nice and the place was managed extremely well when it came to social distancing.

”Fabulous place for Sat brunch. The food was delicious & the portions were very generous. I had eggs benedict & my friend had the granola, which I look forward to trying next time. The decor is contemporary with a stylish twist. The staff were friendly & helpful . The Brollys outside are an iconic attraction at this stage, having featured in a few tv series❤💙💚💛💜

”Been there at work event. Brilliant staff, great cocktails and other drinks, absolutely delicious food. And the place is just very nice.

”Been there at work event. Brilliant staff, great cocktails and other drinks, absolutely delicious food. And the place is just very nice.

”Can not recommend this bar enough, my partner and I went in for afternoon drinks and the bar man (wish I knew his name) was so lovely and helpful went above and beyond to accommodate us.

We wanted to come back for dinner but they were fully booked, they said they would sort something for us when we returned.

We managed to get a reservation when we returned, my partner proposed to me that afternoon I showed the waitress my ring and then the bar man appeared with 2 glasses of Prosecco and wished us well.

Such a great place and amazing staff. 👍🏻👌🏻

”Good ambience, helpful staff. Ok ok food. Great for street drinking as it lies at end of the road. Heaven for selfie lovers coz of umbrella sky. decentky priced drinks. Proximity to city center is a plus.

”It's located in a famous Street full of umbrellas... so beautiful

”This is one of the nicest and friendliest bars I've come across in a long time in Dublin - and I've been to them all! The staff are wonderfully attentive, chatty and will go out of their way to make sure you have a really enjoyable time. The atmosphere is lovely and the bar itself is gorgeous. Also the outdoor area is lovely to sit in. Highly recommend it here and I can't wait to come back to try the food!

”Absolutely loved this place! Went here for an engagement party on a Saturday evening. The food was delicious and the waitress kept the service smooth all night even though we were more than 10 people at the table arriving at different times. The music as the evening progressed was great so we had a bogey as well! Will definitely visit again when in Dublin.